Walter wrote: ↑
Sun Feb 23, 2020 10:47 pm
IIRC, I removed a letter from [/] some months ago to reach the match of Q and XEQ (I do like such matches, cf. S, T, U, and X). I don't remember whether I advertised this move explicitly (and it's close to midnight here so I won't look it up). Anyway, about half a year since this move should be sufficient for everybody interested in the 43S to notice it either here or in the manuals and - if he doesn't like it - to speak up. This project is really not known for high speed so I won't do anything to decelerate it further. But admittedly even snails are too fast for some animals... 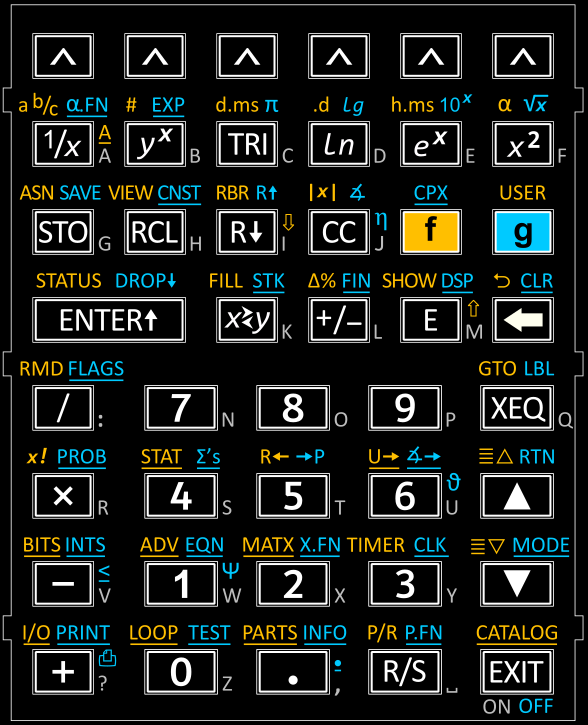 Due to the somewhat limited noticeable (i.e. readable) interest here I think we've to cut down our planned pilot batch to a very low 2-digit amount.
DM42 SN: 00041 Beta
WP 43S running on this device

Looks very nice, Walter! Much tidier than the previous rendering!

Sorry, I haven't followed this thread religiously so I may be misreading the above, but are you saying you're looking for people to buy a pre-series 43S? If so, I'm in. Just let me know where I can sign up.
Top

Oh, well, since we are talking about detalis...

I still have my doubts whether the printing can be brought to the keys like this. If you take into account, as Jaco already mentioned, that the keys have a slight rounding at the edges, it might be difficult from a production point of view to put the inscription in this size on the keys. Not completely impossible, but difficult.

For those people who have been following the development of the layout over a longer period of time, I would like to point out a change that was introduced not too long ago, but which I think has a strong impact on functionality. There are now double assignments on the f- and g-key. This is something I am not used to from the 16C.
DM42 SN:00032
Top

I am not used to that either, but I absolutely think I could become that. I thought it was creative, and clever. Certainly overt.
DM42 #40 running WP43C | DM41X #50
The earth is flat. It just appears round because it is massive and curves spacetime.
Top
Post Reply
863 posts