DM41x - relaxing in the sun after a hard days toil

DM41x - relaxing in the sun after a hard days toil 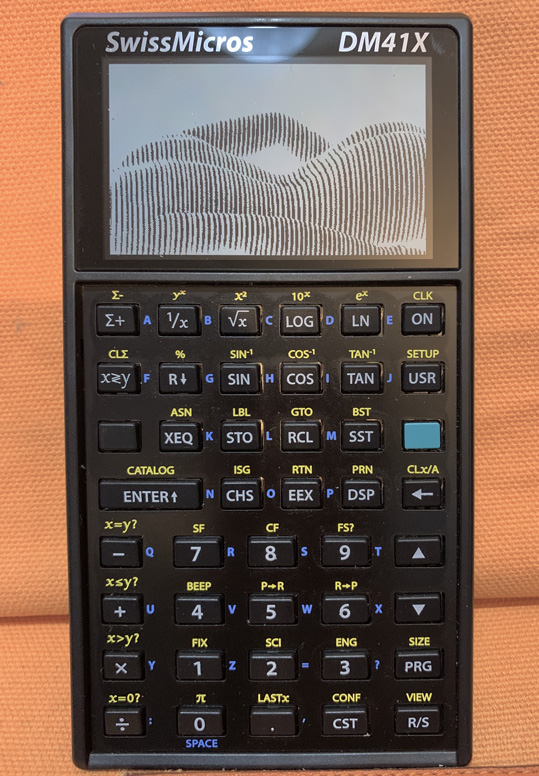 A photo and quick report on my first 24 hours with the rather ace DM41x.

It goes without saying that the beta unit shift key lost it's colour in a matter of hours - but in a strange way I far prefer the minimalism of a black shift key anyway.

As for the rest of the hardware, it's hard to state quite what a fine job the SM team have achieved. The inlaid fascia legends on the metal back plate are handled with great precision (there's no hint that they'll be rubbing away any time soon). And the blue lettering of the alpha legends have a near pearlescent quality that helps add to the overall feel of quality engineering. Sure the keys are a little stiff but the brutish hands of 6ft 3in Brit can handle the extra workout. If I'm being a complete ID nerd, the joins between the rubberised and metal case elements are a little on the sharp side but nothing that can't be cured by a session or two with one of my significant others nail-files.

I've probably been lucky that early problems with the OS where ironed out before I received my unit, but I managed to get my 41x set up with my favoured set of modules in no time at all (inclusive of automated OS update) and most things have performed exactly as I had hoped they would.

My interest in the 41x is strictly mathematical, I have no interest in the whole 'pocket computer' aspect of 41 culture. And on that basis it's met my expectations in most ways (once I had SandMath, SandMatrix and 41Z loaded). The only minor quibbles I have is that I expect a few OS flourishes in a modern rethinking of the 41cx - in 2020 it's not enough that it's a hardware device with real keys!

This mindset probably comes from my extended use of i41cx on iOS (it replaced my long disused hardware 41cx when eBay $$s tempted me to part company). None of these iOS flourishes are particularly flashy or reliant of iOS hardware processing capabilities. The things I appreciate most are simple things that I'd hope to see in the system management pages of the DM41x. Namely 1.) a page showing Flag status for the 50 odd flags in 41 devices. 2.) a page showing data population in all data registers, simply having X,Y,Z & T on the main interface is surely not enough in a modern device; and finally 3.) (this is mainly something for users new to the 41 platform) shifted key info for the Alpha register and text editor (as most know, this was printed on the rear of the original 41, as was the way with classic HP calcs). And as I mentioned elsewhere, a virtual print buffer (3/4 lines of recent calculations would be fine) would be a 'nice-to-have' too. A scrolling Alpha page is hardly ideal when you don't have pen and paper to hand, simply put, it would be nice if the 41x provided a self contained print experience without the need for ancillary equipment.

On to the positives of the OS, the module administration pages are excellent and intuitive in use and much the same can be said for the administration pages overall. The automated combined firmware/OS upgrade couldn't have been any easier, although I'm not sure that the combination of state saving and loadmod.txt quite deliver on their promise as you're still left with the task of recreating your Mod setup of choice as a manual reconfiguration. I've probably been spoilt by the ability to load and save both complete device configurations and atomic files such as individual program, register, flag, Hepax state and data text files on i41cx. But hey, the SM device is still in beta, so I wasn't expecting a fully polished experience.

Whilst I've gone into detail with minor negative elements of the experience, I'd still say that the SM team are nine tenths of the way towards creating an exemplary hardware experience with the DM41x.

My tardy DM41x order was probably aided by the small matter of a worldwide pandemic, as I was still able to nab a beta unit before they sold out; serial no. 00083 for those who care. I won't both adding the serial to my forum signature just yet, I'd rather it were first paired with a beta WP43s serial...
Top

The DM41X has been the only calculator I have used for at least the last month. In the meantime I sold my DM15L. I can't see myself using it anymore after getting spoiled by the 41X.
Top

The DM41X has been the only calculator I have used for at least the last month. In the meantime I sold my DM15L. I can't see myself using it anymore after getting spoiled by the 41X.

And that in and of itself is a strong recommendation for the 41x. That classic 15c software/hardware design is hard to replace but the best of the math focused 41 ecosystem modules have it bested IMO. Where the 15c design will always win is with regards to immediacy but it has to be said that the sophistication of the launchers in the SandMath suite of modules provides immediacy by the shed load too (the 13 digit precision of many of the Sand... module algorithms is greatly appreciated as well).
Top
Post Reply
4 posts • Page 1 of 1