I had looked at it: It’s missing things I would miss. Unfortunately Erable wasn’t quite up to things either as a CAS (after taking it through some sample exercises and comparing to xcas), but it was also earlier work.
Top

Uploaded a new wp43s.exe for you. This simulator app includes named variables for storage now. Try and enjoy! 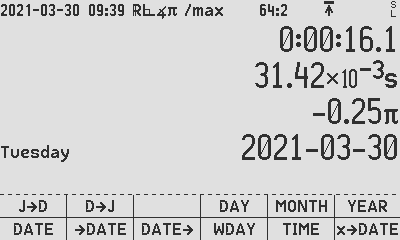 Coming soon: all probability distributions as advertized. 84% of all items are in. Plus maybe a little more...
DM42 SN: 00041 β
WP 43S running on this device

And here they are, the entire bunch of 14 distributions (two more than on the WP34S), each of them featuring its PDF, CDF, error probability, and QF. Thanks to Mihail for this! You find the updated files at the usual locations. Try and enjoy!

And if your joy should be diminished by any bug, please don't hesitate to tell us so we can take care of it.
DM42 SN: 00041 β
WP 43S running on this device

Major reconstructional moves in our lab: We apologize for any inconvenience. Thanks for your understanding.
DM42 SN: 00041 β
WP 43S running on this device

thanks Walter,
I am fascinated by the W43s, I can't wait to have a modified DM42 but already with a printed "suitable" keyboard

I had looked at it: It’s missing things I would miss. Unfortunately Erable wasn’t quite up to things either as a CAS (after taking it through some sample exercises and comparing to xcas), but it was also earlier work.

Another option worth considering is the Casio CG50 as Bernard Parrise has ported XCAS to the Casio. The CG50 definitely falls into the 'student focused toolset' ordinarily, but KhiCAS (especially with its Python scripting varient) transforms the Casio into a far more powerful unit. It's also relatively nippy by Casio standards, not as fast as the Prime, but not too far behind either. The CG50 also has a decent statistical feature-set, in fact it's list processing tools in general go far beyond the features of a typical Ti/HP unit targeted at the student market.

Back on KhiCAS, it's features are more powerful than the version of XCAS in the Prime and Bernard regually releases new builds (the most recent of which was Nov 2020).

Last consideration in favour of the CG50 is that you can pick them up brand new sub $100, and decent 2nd hand eBay units for circa $50. Worth it even is you stick too the KhiCAS toolset alone.
Top

(Well, it should be. But alas, I can't tell you anything about its functionality since I'm completely ignorant of Macs. Please try and report.)
DM42 SN: 00041 β
WP 43S running on this device

Some news: For the first time ever on a pocket caculator, we feature something close to an isoplot on our WP43S:
. 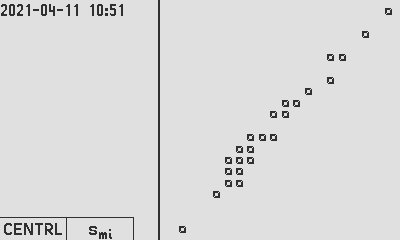 Herewith, we provide a shop-floor method for quickly assessing measuring systems (a.k.a. instruments, devices, technologies) of unknown or dubious precision. This method is field-proven for decades. It works for any measuring system regardless of its size or cost. Your WP43S will do - there's no need for any PC in this matter anymore.